The best Google Play Store apps and games for 2020

The best Google Play Store apps and games for 2020

Every year, Google asks Play Store users to vote on their favorite apps, and that’s no different for 2020 – the contest was open until November 23. Now the company announced the developers who won the requested user award and also revealed the apps and the games have won awards from the editors of the Play Store. In this article we will show you the best Google Play Store apps and games for 2020. 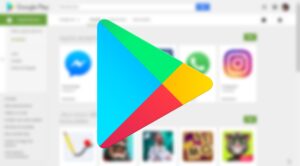 Play Store users can choose from a select group of nominees consisting of apps like Vimeo, Microsoft Office, Whisk, Disney +, Reface, and more, and it seems that most people liked Disney’s new streaming service the most. This is not surprising when you consider that the service has been downloaded more than 50 million times on the Play Store as of November 2020, and one other less attractive contestant (Microsoft Office) could compete with it.

Play Store users were asked to vote on their favorite game, movie, and book of the year. The 2020 User Selection Winners are:

Play Store editors have also sat down to determine which apps and games they like the most, and unlike the users’ choice award, there are more neat categories. In the opinion of the editors, Loóna was the best app of the year, a wellness service that helps you calm down and sleep better with original music and immersive stories.

Several other developers have also had smaller awards as part of other categories. You can check them out here:

Amazon sells thousands of unsafe or banned products on its store

Predictions of the most important technologies that will thrive in 2022

4 of the most prominent online photo album printing apps

The end of the Adobe Flash Player era