PlayStation 5: the first compatible SSDs confirmed! Here are the prices!

As you know, the PlayStation 5 intends to act as a “game changer” in our gaming microcosm by using a revolutionary SSD instead of a classic hard drive, allowing almost instant data transfer. 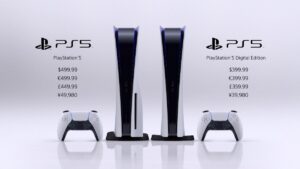 The concern is that this architecture does not allow the machine to equip any SSD as additional storage space, and the first device with the necessary read / write speed has just been made official at Western Digital!

In short, it is far from being given all that, so we hope that the market prices will decrease over time and the number of potential competitors because we remind you that the PlayStation 5 only has an SSD. of 825GB, of which probably 100 to 200 will be used by the operating system.

US President Donald Trump extends Huawei’s ban to May 2021

Spotify Loses Its Users Because of HomePod

WhatsApp limit how you can forward a message.