Samsung is schedule for international One UI 3.0 updates starts with the Galaxy S20 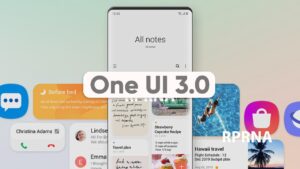 Samsung began testing the beta version of the One UI 3.0 update based on Android 11 a few months ago, and has since expanded to include more devices and beta sites. The company has now released official details about when the latest version of One UI 3 will start in many of its mobile devices in markets around the world, giving Galaxy users an idea of ​​when to expect the upgrade on their own phones.

In an official statement released today, Samsung confirmed that the launch of One UI 3 has started for the S20 series devices in the US, Korea and most of the markets in Europe. The update will slowly reach more regions and more devices, with Samsung specifically naming the Galaxy Note20 series, Z Fold2, Z Flip, Note10, Fold and S10 as expected to receive the update in the coming weeks. The company also mentioned that One UI 3 will be available on Galaxy A devices “in the first half of 2021”, which corresponds to an image shared on the Samsung Community Forum that shows the schedule for the international release of Galaxy devices in Egypt.

Of course, this is just an estimated release schedule, and the timing will vary depending on where you are and how quickly your carrier approves the OTA update. However, these dates give us a good indication of how long we’ll be waiting for One UI 3.0. While you wait, why not check out our full list of changes to discover everything Samsung has in store.

Android 10 was adopted faster than other versions

Apple manufactures A16 processor based on 5nm technology