Google Maps keeps track of your daily schedule, and while its level of accuracy may seem overwhelming, it’s an excellent tool for keeping track of vacations, road trips, and any other trips. The timeline gets a new layer of paint, along with two new features to help you track your activity on a deeper level. It now appears that the new Insights tab is rolling out to more users.

Insights is part of Timeline, tracking how you’ve moved over a period of time. It looks at your travel situations – from walking to flying – and charts your movements on a monthly basis. You can compare your activity using the bar graphs to the right of each entry. It’s a great way to see how much you move over the course of the month without having to rely on fitness apps that only look at walking or cycling.

It’s not only able to track how you’ve moved – it can also monitor the kinds of places you’ve been. Google uses its extensive knowledge of locations like stores, restaurants and bars to figure out where you’re spending your time. As a result, the Insights tab acts like a stats page for what you’ve been doing in your spare time. It even shows details of your “busiest” day of the month.

The rest of the new user interface has some minor appearance changes, including less white space between entries to display more information on a single screen. It’s also easy to edit your timeline now, thanks to a new floating action button. The old interface requires making adjustments to each entry one by one, which can be tedious if you have to work through multiple entries. You’ll also discover the new Flights tab, which was first announced last December, along with other entries.

Overall, this is a promising improvement to something many users rely on for tracking. There’s no word on when Insights will launch and the redesigned UI for Everyone’s Timeline or if it’s only in testing at the moment. If you’re the kind of person who finds themselves driven by stats, you’ll want to keep an eye on this. 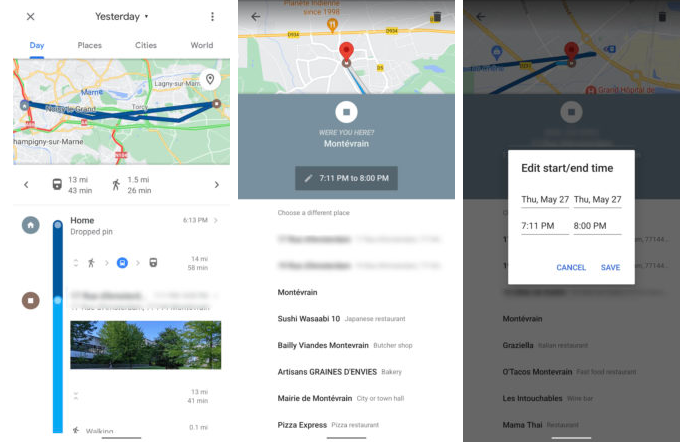 What are A/B tests and what are they used for

Apple uses its App Store to copy the best ideas