WhatsApp Web Will Soon Get Voice And Video Call Support

An upcoming update appears to reveal that WhatsApp will soon support video and voice calls on the web and desktop client version.

Of course, you’ve been able to place both sorts of calls on the mobile app for a long time, but soon you may be able to place calls via the desktop version too.

According to WABetaInfo, a future version of WhatsApp is likely to support this and could appear sometime in the next few weeks. This update includes a user interface overhaul with new buttons for video calls and voice calls alongside the current search button within individual chats. 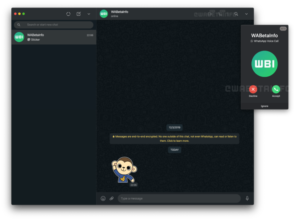 The code seems to show that when you get a call via WhatsApp web you’ll see a pop-up with the ability to accept or decline the call, as well as a window that shows the status of the call if you do take it.

There has been some suggestion that WhatsApp is also working on the ability to have group video chats in this way too. Though that is not confirmed at this point, it wouldn’t be too surprising considering the rise of group calling and video conferencing this year.

There’s no word on when this update will be released, so it’s a waiting game for now, but should make WhatsApp even more usable. Especially with the promise of multi-device support as well.

Blueshift Memory has developed a new kind of computer chip

Musk attacks Amazon and demands it to break up

How to transfer files from Android to macOS